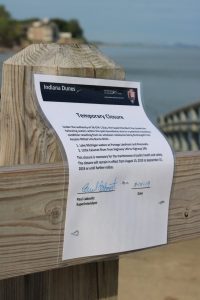 In Northwest Indiana, nothing is clearer than the need for clean water. It is essential to our health and our environment. It is also the economic lifeblood of our region. Simply stated, clean water matters to those who live in and visit Northwest Indiana.

Protecting our waterways is a key part of Save the Dunes' mission. For more than a decade, Save the Dunes has engaged in targeted efforts to improve water quality in the East Branch of the Little Calumet River, a tributary of Lake Michigan. This includes the development and implementation of a comprehensive watershed management plan, the continued review and participation in the comment process of industrial wastewater permits impacting the river, improving public access, and the delivery of community events that bring awareness and foster appreciation for the river.

To that end, Save the Dunes was alarmed to learn that ArcelorMittal Burns Harbor released wastewater containing dangerous amounts of cyanide and ammonia into the East Branch of the Little Calumet the week of August 11, 2019. Adding to the concern, the incident was reported publicly only after hundreds of dead fish began turning up. As a result, many residents and visitors recreated on the river and in Lake Michigan near the river mouth -- swimming, fishing, paddling, and surfing -- while the discharges were occurring.

Save the Dunes has compiled the statements made by the Indiana Department of Environmental Management (IDEM) and ArcelorMittal which contain the latest information that has been released (*Note that this takes the place of an earlier post with a draft timeline).

While we're receiving information from both entities, there is still a great deal of missing information yet to be released that demands further review. The following expresses some of the opinions and observations of Save the Dunes to date. Additionally, we have included a list of questions that have been submitted to IDEM, ArcelorMittal, and other entities tied to the incident. The clear path forward for all parties must be based on transparency, communication, and accountability.

The required monitoring frequency of ammonia could have caused the incident to go unnoticed longer. 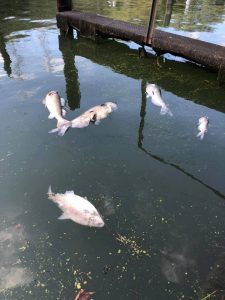 One of the ways in which Save the Dunes asserts stronger oversight over industries such as ArcelorMittal is to engage in the NPDES permit renewal process and to make a case for more frequent monitoring and more restricted discharge limitations. (Learn more about NPDES permits here.) The current permit, effective July 2016 through June 2021, requires monitoring for ammonia at Outfall 001 a minimum of 3x a week, and 2x a week for Outfall 011. In the prior permit, Outfall 001 had the same frequency of monitoring as the current permit, yet Outfall 011 was monitored 3x a week. Save the Dunes believes that all facilities, not just ArcelorMittal, should be increasing their frequency of monitoring rather than decreasing it. Had there been more frequent monitoring, it is reasonable to believe that the incident would have been discovered quicker and therefore reported to IDEM sooner. This would have enabled a much swifter response to protect the public from harm.

IDEM is investigating whether or not ArcelorMittal complied with its reporting requirements upon discovery of the incident. ArcelorMittal is obligated to follow its NPDES permit and comply with the terms and conditions within. For its permit, dating as far back to 1993 when Bethlehem Steel transferred title to ArcelorMittal, the timeframe required for when a permittee first discovers noncompliance and is obligated to report to IDEM varies depending on the nature of the noncompliance and its potential impact on human health and the environment. IDEM continues to investigate the s to understand whether or not the facility acted outside of its reporting requirements. Save the Dunes understands there is a need to do a deep dive into what facilities like ArcelorMittal currently notify for and when they do so. Moreover, there is a need to examine how facilities communicate with the public and whether or not they are using the most expedient channels such as social media to get the word out.

Rapid, clear communication is a must. On Thursday, August 15, shortly after public notification of the incident, a Save the Dunes staff 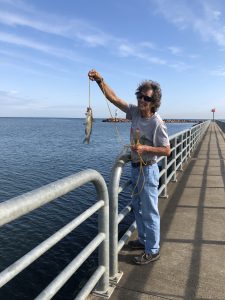 member visited the Portage Marina and observed an individual fishing in the affected area. When approached, the individual claimed they were unaware of the incident in the waterway. They also shared that they intended to eat their catch. Additionally, surfers who were in the water at Portage Lakefront and Riverwalk on Thursday, August 15, and Friday, August 16, missed the signage placed at the National Park that the beach was temporarily closed. Though these were incidents that occurred after public notification, some entities such as the City of Portage and Indiana American Water have shared that they were not directly informed by ArcelorMittal of an incident whatsoever, but rather by third-party sources.

Led by U.S. EPA with strong support and participation from IDEM is the development of the Northwest Indiana Subarea Contingency Plan for nearshore Lake Michigan and its tributaries. The purpose of this plan is to ensure that all local responders have access to essential area-specific information and to promote inter-agency communication and coordination to improve the effectiveness of responses to discharges of oil and other hazardous substances in the sub-area. Though it will take a while to be established, these are steps being taken in the right direction. Save the Dunes is prepared to participate in this planning and to assist with the engagement of additional stakeholders.

According to IDEM, the investigation of a report of distressed fish on Monday did not provide cause to believe that a noncompliance event was occurring. A question that we hear frequently is, "Why didn't IDEM publicly respond about a possible incident as early as Monday, August 12, when they were on-site to examine fish?" We have been assured by IDEM that on Monday, August 12, IDEM observed only one fish that was acting abnormally.  IDEM’s investigation on that date did not provide cause to believe that there were any noncompliance events linked to this observation. Additionally, IDEM has advised that its investigation report will include additional information regarding its August 12 investigation findings.  Save the Dunes will share the report with our comments upon it becoming available.

Birds are not being affected by the exceedance. The National Fish and Wildlife Service has also been monitoring the situation and have shared valuable information relative to instances of this nature. Given that the release was cyanide and ammonia, this should not affect birds as once suspected. This news comes as much relief to organizations such as Save the Dunes. However, if you still have questions about any bird deaths, though likely unrelated to this incident, we encourage you to contact the National Audubon Society of Chicago or the local Dunes - Calumet Audubon Society.

Just like you, Save the Dunes has many questions that we are demanding answers for. While most of the questions will be answered within IDEM's final report, it is imperative that the community continues to ask questions and remain engaged in the discussion. To that end, we have submitted the following questions for response from both ArcelorMittal and IDEM in the event they are able to provide any additional insight. If you have a question that you would like us to add our list, please email us at office@savedunes.org.