by Cathy Martin, Program Manager, Save the Dunes

Through a partnership with the National Parks Conservation Association, Save the Dunes secured funding for the Student Conservation Association's All-Women's Crew out of Chicago to help with restoration efforts in the Great Marsh at the Indiana Dunes National Lakeshore. The crew helped restore native habitat and remove invasive species, while learning about dunes ecology, history of the Indiana dunes protection efforts, and careers in the conservation field. 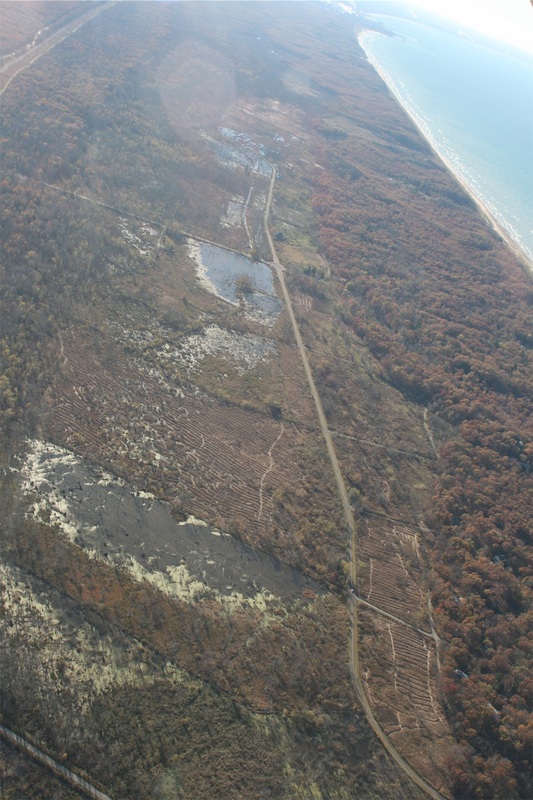 The Great Marsh is the largest internal wetland on the Lake Michigan shoreline. Once a contiguous 12 miles of native flowers, grasses, and sedges thriving in the marsh’s fens, sedge meadows, and wet prairies, the Great Marsh was fragmented by agriculture, residential areas, roads, ditches, and other disturbances that altered the hydrology of the system.

The ditching subdivided the Great Marsh’s single watershed that flowed into Lake Michigan into three watersheds, while partially draining the marsh. Because of this disturbance and decrease in moisture, invasive species such as hybrid cattail, reed canary grass, and phragmites were able to establish and spread throughout the Great Marsh. Trees also began to dominate the landscape.

Since 1998, the National Park Service has been working to restore hydrology, native plant species, and wildlife habitat of the Great Marsh, with efforts increasing in 2010 thanks to the Great Lakes Restoration Initiative.

Working with the Student Conservation Association

Save the Dunes and the National Parks Conservation Association partnered to secure funding for a 10-person Student Conservation Association crew to assist with restoration efforts in the Great Marsh. While the National Park Service has utilized GLRI funds to hire staff, seasonal crews, and contractors to assist with work in the Great Marsh, general funding for land management and restoration remains scarce. Efforts necessary to restore the Great Marsh are intensive and costly, and habitats of the Indiana Dunes National Lakeshore are vulnerable to the stresses of invasive species, pollution, and altered hydrology due to their fragmentation. There is no shortage of work to be done restoring and protecting these natural resources. 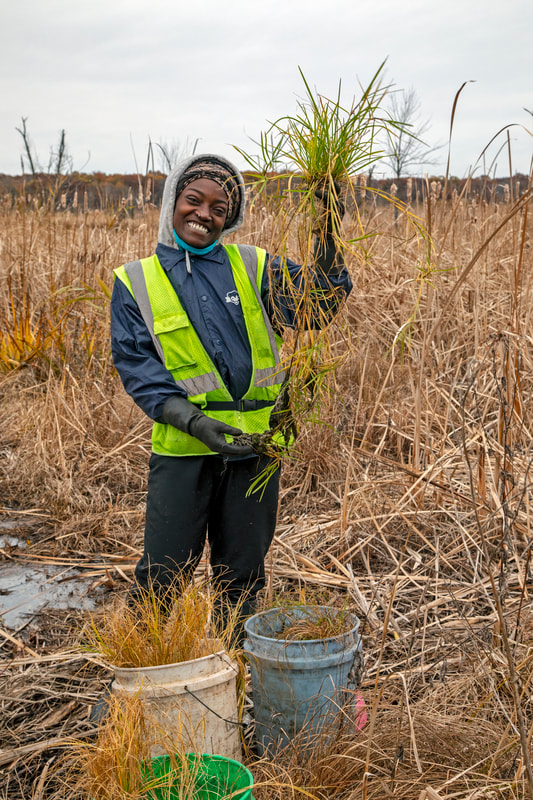 Due to funding limitations for natural resource protection and management within state and federal agencies, partner organizations such as Save the Dunes obtain funding to hire additional crews, such as the Student Conservation Association, to assist with on-the-ground work to battle invasive species and restore native habitat. The National Park Service and Department of Natural Resources deserve adequate funding to protect and manage their lands, but until long-term funding solutions can be implemented, partnering and collaborating to maximize restoration efforts is key.

The habitats of the Indiana dunes are worth the work. Our national park is ranked within the top ten most biodiverse parks in the National Park System. That is something worth celebrating; not only is this a unique, biologically significant landscape, but it is also an urbanized and industrialized landscape. Our communities, industries, and roadways are embedded within and surrounding the Indiana Dunes National Lakeshore. Residents of the City of Gary, Town of Beverly Shores, Town of Chesterton, and more can walk to the national park in their backyard. The quality and uniqueness of the Indiana dunes are worth protecting and restoring for current and future generations.

Women in the Dunes 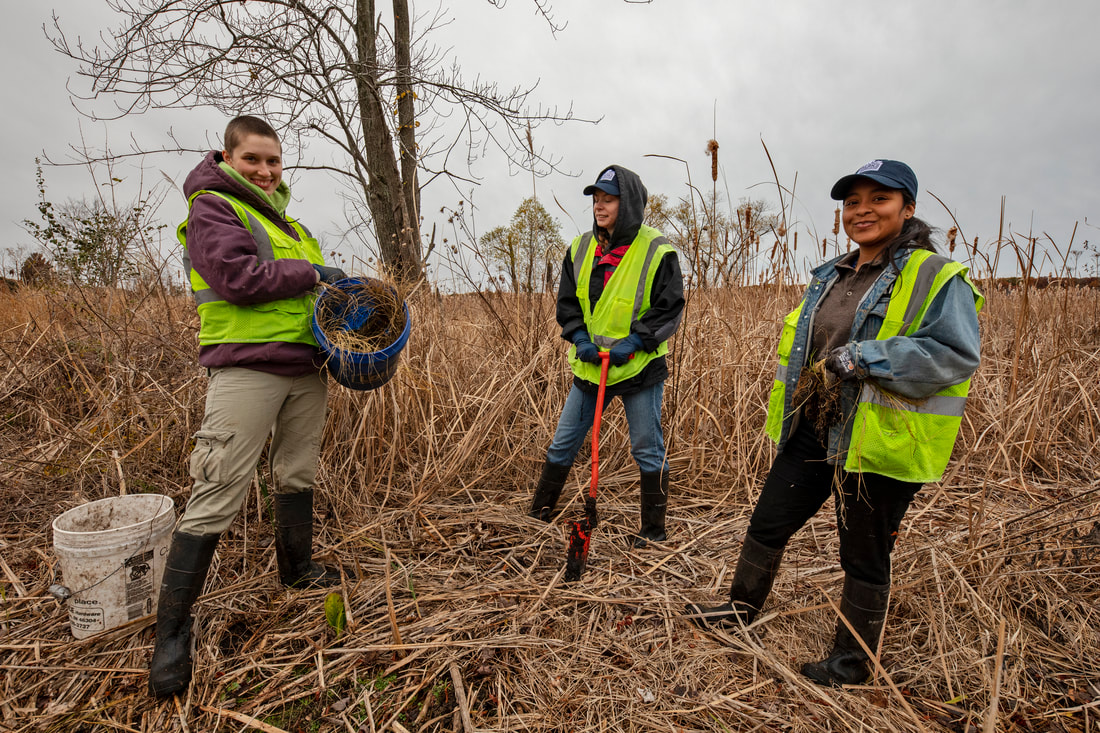 In 2018, Save the Dunes and the National Parks Conservation Association partnered with the Student Conservation Association to hire their All-Women's Crew out of Chicago. The first crew of this program, the Women's Crew has been working primarily with the Chicago Park District over the past six months, and extended their term to assist with restoration work in the Great Marsh. During the course of one week in the Indiana Dunes National Lakeshore, the crew planted approximately 7,000 wetland plugs and removed invasive species across four sites in the Great Marsh, from Cowles Bog to eastern Great Marsh.

The enthusiasm, dedication, and impact of this crew are noteworthy. Save the Dunes has loved working with an all-women crew in the Indiana dunes; the Indiana dunes have a rich history of women at the forefront of preservation, including our 1952 founder Dorothy Buell and our current staff of five women, and we celebrate the opportunity to connect the next generation of women to the dunes.